Home › How to Keep Shabbat › The Reason For Shabbos

The Rabbis tell us that while we cannot know the deepest thoughts of Hashem, we can know what Hashem tells us, through the Torah, about the Commandments. 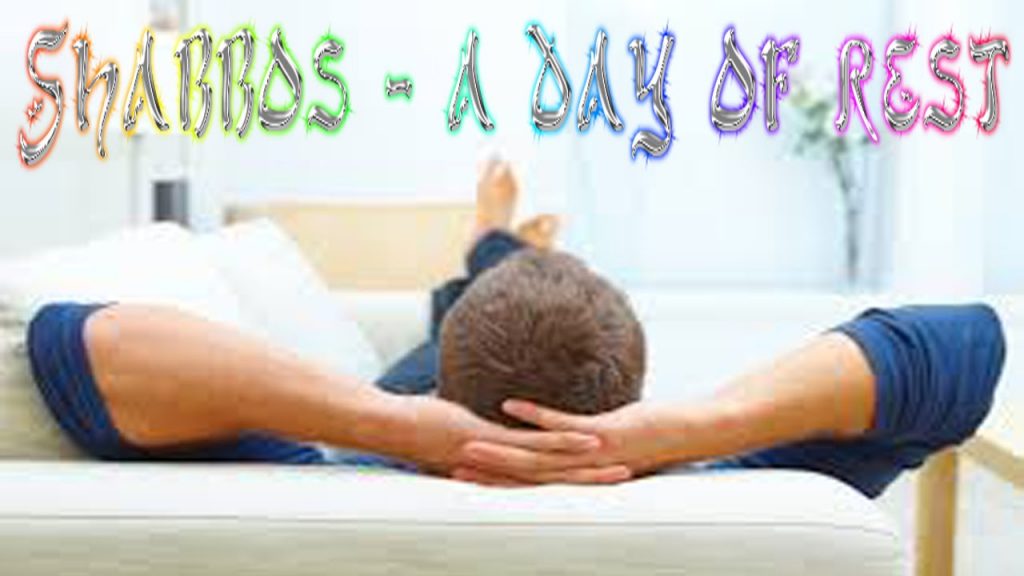 Shabbos (the Sabbath), we are told (Mechilta d’Rashbi, Parshas Yisro) was given to us for several reasons, including the following two:

The Spiritual Aspect of Shabbos

In one place, the Torah says:

Do your work during the six weekdays, but keep the seventh day as a Sabbath of Sabbaths, holy to Hashem…The Israelites shall thus keep the Sabbath, making it a day of rest for all generations, as an eternal covenant. It is a sign between Me and the Israelites that during the six weekdays Hashem made heaven and earth, but on the seventh day He ceased working and “rested.”

This highlights the spiritual aspect of Shabbos. We keep Shabbos to demonstrate our belief that Hashem created the universe, and as part of that Creation Hashem “rested” on the seventh day. Moreover, Hashem actually created “rest” at that point.

Of course, it also goes deeper. The Sefer Hachinuch (Book of Jewish Education by Rabbi Aharon HaLevi, 13th century) says that when Jews all keep Shabbos on the same day of the week, and someone asks them why, and they answer that it is because Hashem created the world in six days and “rested” on the seventh, this strengthens everyone’s faith. Keeping Shabbos is both a statement of our belief, and a way of strengthening our belief.

Strengthening our belief in Hashem empowers and increases our spirituality. It makes us holy. It is in fact our primary source of holiness. When we keep Shabbos, every Commandment of the Torah that we keep gives us additional holiness.

So the Torah says, “Do your work during the six week days, but keep the seventh day as a Sabbath of Sabbaths, holy to Hashem,” as we learned above. This points to the spiritual re-energizing we experience on Shabbos, due to the fact that Shabbos is holy. Shabbos is the primary means by which we receive holiness and spirituality (among other Commandments of the Torah). And it is our source of faith as well, since it is tied up with our belief in Hashem as Creator.

So to get it in context, let’s see what the Torah tells us in the verses just before the ones we learned above:

Hashem told Moses to speak to the Israelites and say to them: You must keep My Sabbaths. It is a sign between Me and you for all generations, to make you realize that I, Hashem, am making you holy. [Therefore] keep the Sabbath as something sacred to you. Anyone doing work [on the Sabbath] shall be cut off spiritually from his people…

In other words, the Sabbath is our spiritual connection to both Hashem, and to the rest of the Jewish People. And therefore Shabbos is for spiritual development.

And finally, Shabbos was blessed during Creation, as we find in the Torah: “G-d blessed the seventh day and made it holy…” (Genesis 2:3). Shabbos is, in fact, the SOURCE of blessing for the other six days of the week. That is, a person can have blessings at any time during the week only through the medium of Shabbos. All of the six days of the week depend on Shabbos.

But the Torah also tells us,

You must remember that you were slaves in Egypt, when Hashem your G-d brought you out with a strong hand and an outstretched arm. It is for this reason that Hashem your G-d has commanded you to keep the Sabbath.

This is rather hard to understand. What connection is there between the Exodus from Egypt and keeping Shabbos? Hashem’s taking us out of Egypt is the reason for Passover, but how can it be the reason we keep Shabbos?

The explanation behind this is that Shabbos reminds us that we are free. On Shabbos we have leisure time. On Shabbos we are not subservient to any human being, we have no work, no boss, and no To-Do list. We can rest when we wish, and we can take charge of our own lives.

Then Hashem saved us from Egypt, and we became free. Now we can rest on the Seventh Day, the day that Hashem finished creating the world. Now we are free to rest.

Therefore, since Hashem took us out of Egypt, and gave us this freedom, He commanded us to remember that He rescued us from slavery, by actually resting on Shabbos. Hashem has given us the opportunity and ability to rest, and so to thank Hashem for this, we must indeed rest.

Concerning physical rest, the Torah says: “During the six weekdays, do what you must do, but on the seventh day you must rest, so that your donkey and ox will then be able to rest, and your maid’s son [i.e., even a non-Jewish minor in your employ] and the foreigner [i.e, a gentile employee] will be able to relax” (Exodus 23:12).

Shabbos, explains Rabbi Bachya, also offers the benefit of preventing our wear and tear and eventual break-down from constant work. Instead, we have one day a week to rest from our labors and from bodily toil. This way, at least one seventh of a person’s life is spent in peace and quiet.

In another article, we will discuss how the Torah defines «rest.»